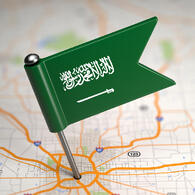 In Saudi Arabia, the national standards body SASO has since 2018 been an ‘R-NCB’ (Recognizing National Certification Body) within the international IECEE/CB Scheme, and for many types of electrical/
electronic products issue so called ‘IECEE Recognition Certificates’ on the basis of the international Test Certificates/Reports from Issuing NCBs (such as Nemko). Already more than 10 000 such national certificates have been issued.

SASO is currently preparing itself to become also an Issuing IECEE NCB with associated testing laboratories.
All certification of products and goods in Saudi Arabia is linked to their SABER program which in the long term is meant to be the only system for clearing goods through Saudi customs. 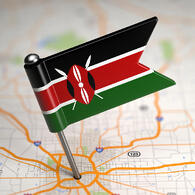 Likewise in Kenya, a part of their national standards body KEBS has now become ‘R-NCB’ (Recognizing National Certification Body) within the international IECEE/CB Scheme. Thus, they are set up to accept CB Test Certificates/Reports from Issuing NCBs (such as Nemko) as basis for national certifications in Kenya. The type of national certification document generally issued on this basis is denoted ‘Permit to use of the Standardization Mark’.

KEBS also has different schemes/programs associated with market access for products in their country.
Some programs are alternative routes (depending on the type of product) that can be used as basis for a registration
process which is obligatory for all marketed products. In Kenya this program is denoted ‘Product Registration’ which is a precondition for clearance of products to be marketed.
In Africa, only Kenya is so far operating an IECEE registered NCB.

It is hoped that also other IECEE Member countries, both in Africa and elsewhere, will follow the examples of Saudi Arabia and Kenya, and take advantage of the successful international IECEE/CB scheme for ensuring the safety of imported products in their countries, as well as contributing to the facilitation of global trade.

Actually, anybody can take advantage of this, but IECEE Member countries having an official IECEE Recognizing NCB get access to the restricted IECEE websites with detailed information about the listed issued CB Test Certificates/Reports and can also take part in meetings etc. for the management and further development of the IECEE/CB scheme.

(Article is based on text provided by T.Sollie)

Some of the other articles in this newsletter

END_OF_DOCUMENT_TOKEN_TO_BE_REPLACED

Testing and certification of toys

New option for certification of EMC in South Africa