EMC vs. EMI: What’s the Difference

What is the difference between EMC and EMI?
Electromagnetic compatibility (EMC) testing is a series of tests designed to ensure that electronic devices are both compatible with, and immune to, electromagnetic interference. EMC testing is necessary because electronic devices can be sensitive to electromagnetic radiation when they're exposed to it in a home or office environment. Electromagnetic disturbances are created when certain electrical products are switched on or change states. These disturbances can interfere with the functioning of other electrical products nearby and therefore cause problems for the people who use them. EMC testing is performed at the design, development, and production stages to ensure that all products are safe before reaching the end user. The test evaluates the correct selection of components and the proper construction following the requirements of relevant EMC standards. 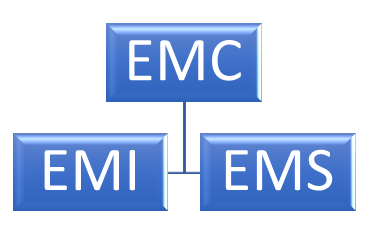 Nemko’s team of experts and laboratory facilities can be found worldwide, offering extensive EMC services such as emissions (EMI) and immunity (EMS) testing. Immunity testing is a crucial component for consumer goods that are sold internationally, as any electromagnetic disturbance, either natural or manufactured, can cause harm to other susceptible electronic equipment within the same environment. EMI testing ensures that all emissions are below the applicable limits defined for that device. It provides reasonable assurance that it will not cause harmful interference towards other devices or fail to perform properly due to other emissions while in operation.

In order for a device to pass EMC compliance testing in regions like Europe or China, it must be able to withstand normal operating conditions without causing any kind of interference with other devices or systems. Both emissions and immunity tests are required in regions like Europe and Asia, while other markets require mandatory emissions testing but no immunity testing.

1)    Conducted EMI
Conducted electromagnetic interference (EMI) is a type of EMI within a circuit. It occurs when unwanted signals are conducted through conductive media, such as the power and signal lines within devices. Common sources of conducted EMI include power supply lines, signal lines, and data communications connections.

2)    Common Mode EMI
Common Mode EMI is a type of EMI that affects all circuits in an electrical or electronic system equally. Differential mode EMI is caused by unwanted signals being introduced into one side of a differential pair and not the other, which can cause errors to occur in communication systems and result in noise on transmission lines.

3)    Differential Mode EMI
Differential mode interference occurs when an unwanted signal is introduced into only one side of a differential pair but not the other. This causes errors to occur in communication systems and results in noise on transmission lines. Need help finding a unique standard or determining what is applicable?

END_OF_DOCUMENT_TOKEN_TO_BE_REPLACED

EMC testing - how can it benefit your business?

The most common terms in EMC testing (and what they mean…)

Do you know how EMC testing can benefit your business ?