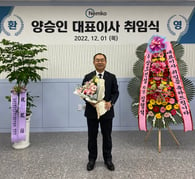 In September, Nemko Korea moved into a brand-new building with extended facilities and then on 1 December welcomed a new General Manager, Mr.Seung-In Yang (in English: Steve Yang).

Mr.Yang comes from the Korean testing and certification body KTC (formerly KETI) and has background from the Korean electro technical industry, including LG Electronics. In the speech given to his new colleagues as part of the inauguration, he pointed out being proud to be now a part of Nemko, which is approaching 100 years of operation and managed to stay independent when the equivalent bodies in Sweden, Denmark and Finland were already around 1990 sold to large foreign enterprises. Then, Nemko became and still remains the one and only self-owned Nordic body of its kind and has itself since developed into an international organization with operations worldwide.

He considers it impressive that one is amongst the leading issuers of the international IECEE/CB certificates and a leading provider of global market access for electrical and telecom equipment, and also that the scope of services has over the years been well adapted to new market needs, such as environmental/ecological aspects, cyber security and battery features.

In addition, he highlighted the position and role of Nemko Korea. It was established in 1997 and is now in its 26th year, having continued to grow and contributed to the export promotion of large-sized domestic companies through both testing, certification and market access services, which LG Electronics is a good example of. In his opinion, Nemko has thus played a significant role in the industrial development of Korea.

Being well prepared for the job, Mr. Yang is now ready to take the lead of ensuring a further successful development of the company and all its employees.

(Article is based on the text provided by Seungyeun Song, edited by T.Sollie)

Some of the other articles in this newsletter

END_OF_DOCUMENT_TOKEN_TO_BE_REPLACED

Some simplification of Indian certification scheme for telecom product